Bitcoin has been moving sideways for quite a while now, unable to climb above $20,000. Where does this leave the traders? Should they anticipate a breakout soon? or perhaps, switch to altcoins?

Inflows are what determine if the price of an asset is going to drop or rise; if it is the coin that is deposited into the exchange it is for selling/taking-profit, hence we can expect the price to drop. However, if the deposited/inflowed asset is a stablecoin, we can expect bitcoin, in particular, to rise.

From the above chart, we can see that bitcoin inflows have dropped drastically since late November. This would mean no flash crash or huge red candles/wicks any time soon. This alone doesn’t depict the full picture. Let’s take a look at stablecoin inflows. 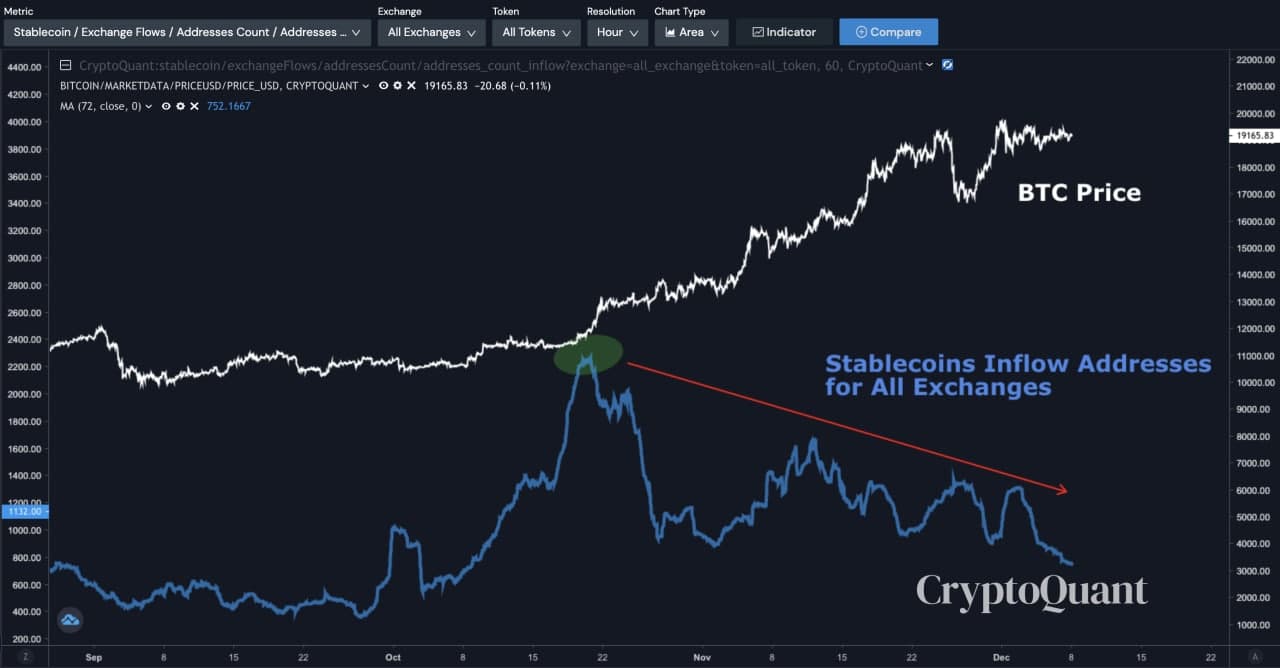 This chart clearly shows a similar trend to bitcoin inflows – a drop in stablecoins deposited into exchanges. This means that there will not be much buying.

Combining this with no selling from bitcoin and no inflow of stablecoin, we can expect bitcoin to move sideways for the foreseeable future, or at least until we see a good surge in stablecoin deposits.

On the 6-hour time frame, we can see bitcoin in a pattern similar to what was seen after the March-crash. 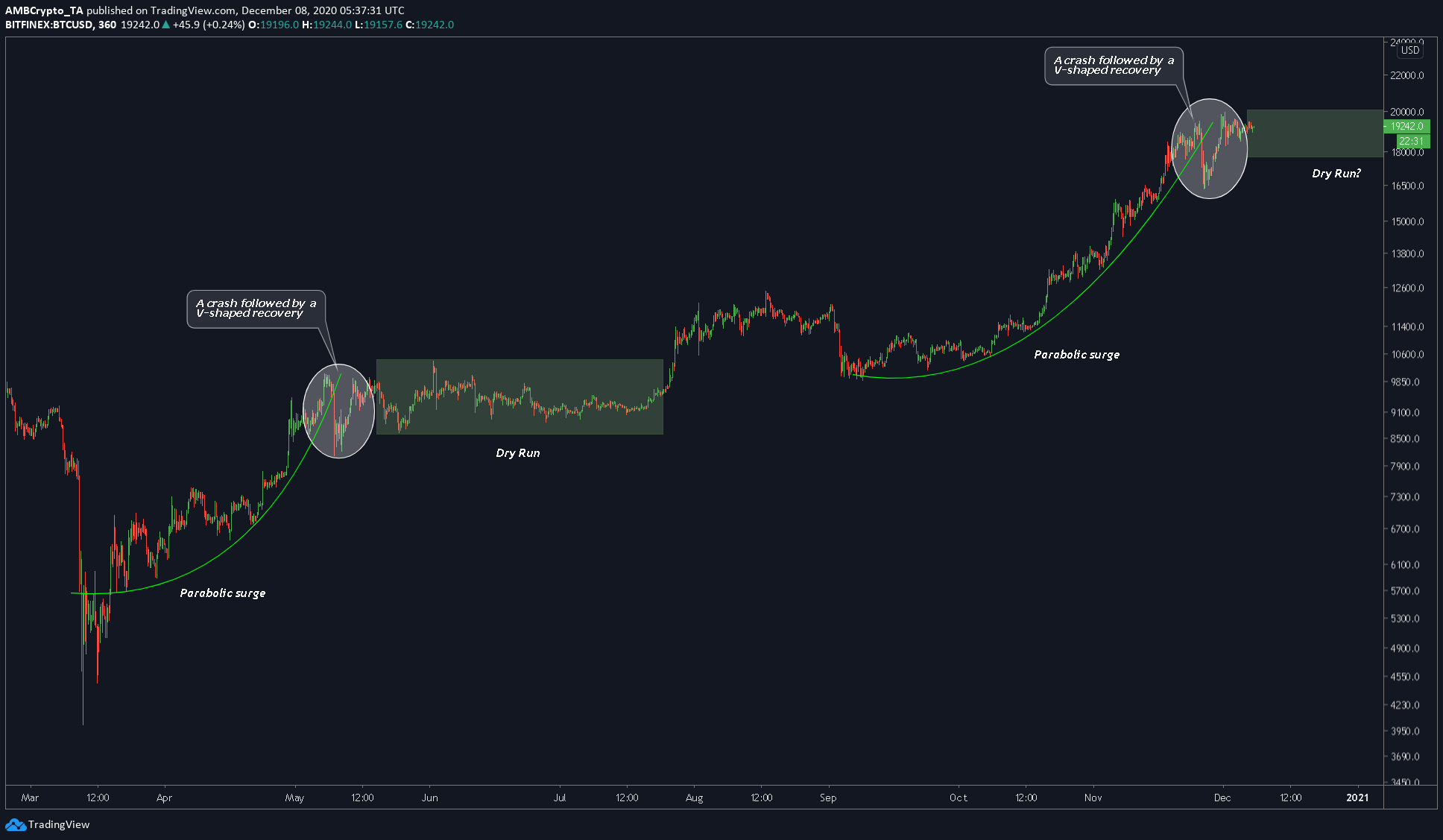 The March-crash was followed by a parabolic surge in bitcoin’s price to a local top. A crash was witnessed at this local top, which was recovered in a V-shape fashion.

What followed this recovery can be termed as ‘dry run’, where bitcoin moves sideways, devoid of volatility. At press time, we are exiting this recovery phase and beginning our entry into the ‘dry run’ phase.

So, this begs two questions:

Perhaps, the best guess could be the start of an alt season. The altcoins have been under pressure from bitcoin’s rally, so this sideways movement from BTC could provide them the space to surge.