Ethereum price has rebounded significantly during the weekend from a low price of $543 to a peak of $595. It seems that bulls maintain control and gear up for a possible Santa Claus rally by the end of 2020.

This type of rally involves a rise in an asset during the last five days of December and the next two days of January. This phenomenon was first recorded in 1972 by Yale Hirsch, the founder of the Hirsch Organization and creator of the Stock Trader’s Almanac. According to recent statistics, the stock market has risen about 1.3% on average during these seven days.

Ethereum definitely seems to benefit from the last few days of December, which means we are about ten days from a possible mini-rally. On the 4-hour chart, the digital asset has established an ascending triangle pattern. 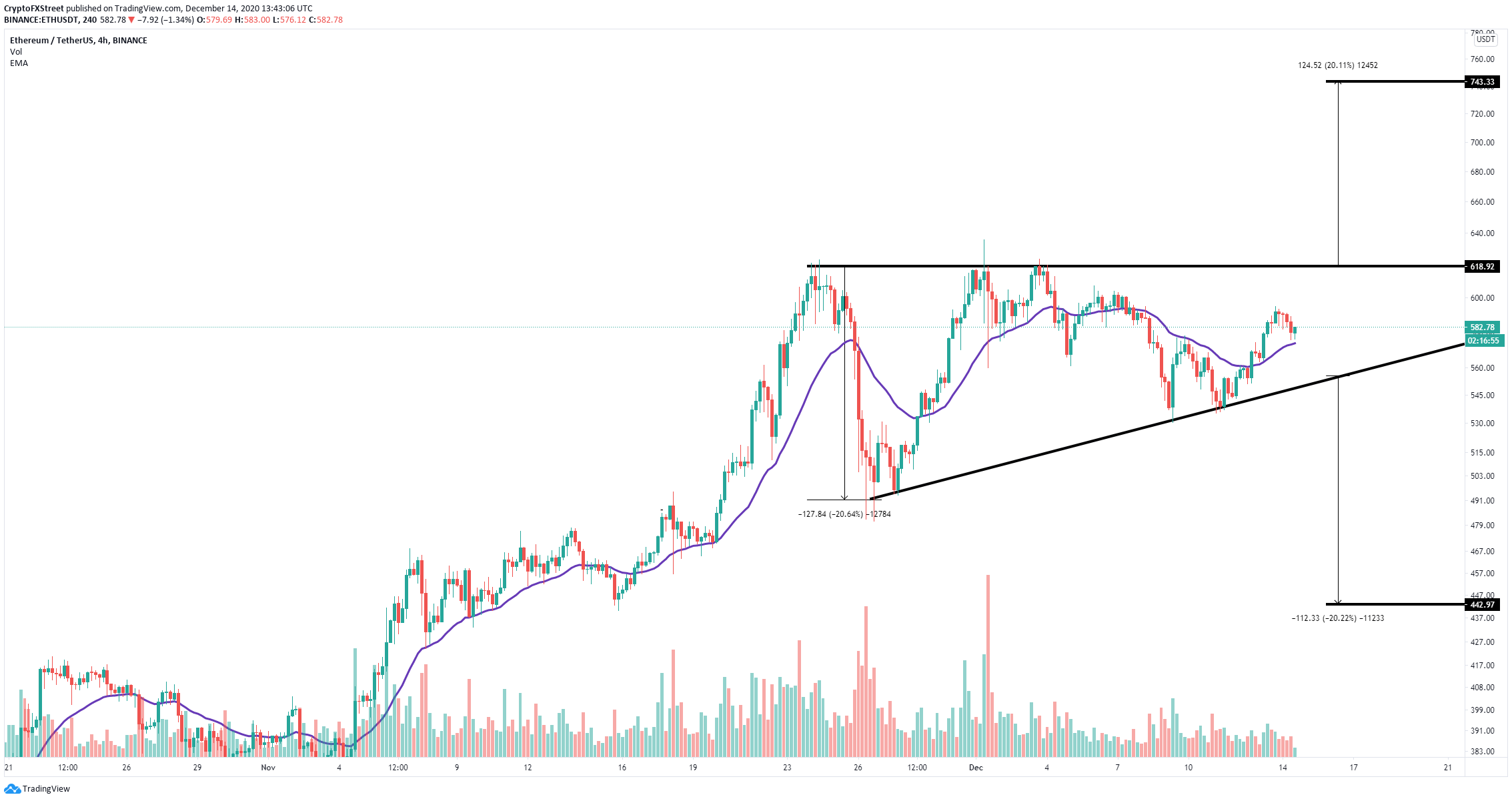 So far, bulls have defended the 26-EMA, which has served as a support guide in the past. A bounce from this level at $572 can easily drive Ethereum price towards the top of the pattern at $619. A breakout above this point would push ETH to a high of $743.

According to the In/Out of the Money Around Price (IOMAP) chart, there is a lot of support on the way down below $580 but feeble resistance ahead, which favors the bulls as they face practically no opposition until $670.

Other on-chain metrics also give the bulls better odds in the short-term. The MVRV ratio has recently touched the buy zone, which is usually an accurate indicator for future investors looking to get into an asset.

Additionally, the number of Ethereum coins locked inside the Eth2 deposit contract continues rising at 1,468,513, representing 1.3% of the total supply. Furthermore, the digital asset has also experienced a significant spike in its network growth, which indicates new investors are highly interested in the digital asset.

However, despite all the bullish factors in favor of Ethereum, a breakdown below the support trendline of the ascending triangle pattern at $550 would drive Ethereum price towards a low of $442.